About 4,938 Bitcoin Clones Won’t Return You Your Fiat Money

Investing in small-cap cryptocurrencies could bring nightmarish experiences for traders when it comes to liquidating their positions, hints Willy Woo.

The partner at Adaptive Capital (adaptivecapital.net), a Nebraska-based cryptocurrency hedge fund, on Wednesday said about 4,938 digital assets are illiquid. That said, an investor who puts money into those coins is least likely to exit their trades successfully for assets with high liquidity, such as Bitcoin or the US Dollar. 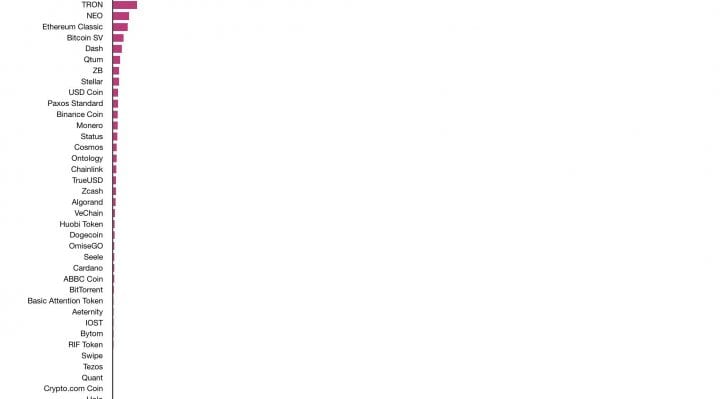 The prominent on-chain analyst reached the conclusion after studying crypto data provider CoinMarketCap’s new metric called Liquidity. The new feature rates digital assets based on their order-book depth changes, distance from mid-price, and other factors. It averages down the Liquidity rate by examining the market pair at random intervals over an adjustable 24 hour period and averaging the result.

Woo studied CoinMarketCap’s latest metric and noted that only the top 40 digital assets are liquid. Meanwhile, the rest of them showed little to no signs of liquidity, suggesting that buying them could lock an investor’s capital forever unless a solution appears on the horizon.

Investors want liquidity at entry and liquidity on exit. Very few coins have credible liquidity to be good investments. pic.twitter.com/3kXgn3NWjV

Tether appeared to be the most liquid asset, according to CoinMarketCap.com’s data, followed by Bitcoin, Ethereum, Litecoin, EOS, Bitcoin Cash, and XRP. Interestingly, some top coins showed low liquidity against their quoted assets. They included Bitcoin SV, Stellar, Binance Coin, and Dash.

Mr. Woo further asserted that investors who put capital into small-cap coins are looking to enter small and exit big. A majority of those assets belong to young companies or startups. But since their probability of delivering on to their promises are as low as 5 percent, it is likely that there would be no demand for their native tokens in the future. That, all and all, would make investors’ position illiquid.

“Two types of investing: 1) Asset allocation for exposure to the sector (portfolio optimization); and 2) Tech investing. Small investment. Exit big. Investor information asymmetry. 5% chance of a win. Bitcoin is the former, the rest are startup bets. My comment was regarding (1).”