Delta Air Lines, Inc. (NYSE: DAL) stock lost over 0.5% on 14th October, 2019 (as of 11:25 am GMT-4; Source: Google finance) after the company posted mixed results for the third quarter of FY 19. Boeing’s troubled 737 Max fleet has moved some flyers to Delta. The airline does not fly any version of the 737 Max, while competitors American, Southwest and United have all reported financial difficulties with the model. This was grounded worldwide in March for a problem in its automated flight system that downed two planes in Indonesia and Ethiopia. 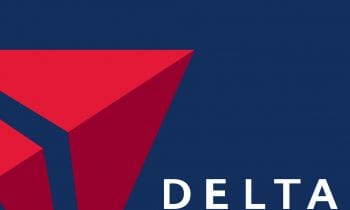 DAL in the third quarter of FY 19 has reported the adjusted earnings per share of $2.32, beating the analysts’ estimates for the adjusted earnings per share of $2.27, according to Zacks Investment Research. The company had reported the adjusted revenue growth of 6.5 percent to $12.56 billion in the third quarter of FY 19, missing the analysts’ estimates for revenue of $2.61 billion. In the quarter, the company ran record load factors and had carried 3.3 million more passengers than last year, up 6%. The total unit revenues were up 2.5% at the midpoint of the guidance on 3.9% higher capacity. Passenger unit revenues rose up 1.7% over prior year, due to strength in domestic and Latin more than offset headwinds from FX and pockets of non-US point of sale softness along with the impact of lower fuel costs.

Meanwhile, DAL has recently announced a new strategic partnership with LATAM Airlines. The agreement has added geographic diversity in a fast-growing continent, by adding 100 new destinations to the company’s map and has significantly improved DAL’s position in South America. Once approved, the proposed JV will move Delta from current Number 4 position in South America to a combined Number 1 position. The company expects this partnership to translate to $1 billion in new annual revenue over the next five years and improved returns in the Latin entity. Further, DAL has made recent contract renewal with American Express, that offers a diverse, high-margin revenue stream that the company project to grow to nearly $7 billion by 2023 with further growth through the end of the decade. Last week, the company had announced a major relaunch of the Delta SkyMiles American Express Card portfolio. The company has also opened a new, technologically sophisticated export facility it will share with Virgin Atlantic Cargo at London’sHeathrow Airport. This is part of the first phase of a joint expansion program to double cargo capacity at the airport.

Additionally, DAL plans to hire 12,000 employees over the next several months. DAL expects the fourth quarter to bring more than $4 billion in free cash flow, and a fifth straight year of pre-tax earnings to exceed $5 billion.