Alphabet Inc Class C (NASDAQ: GOOG) stock surged over 8.9% on 29th April, 2020 (As of 12:11 pm GMT-4; Source: Google finance) after the company posted decent results for the first quarter of FY 20. The revenue in the cloud business was up 52% to $2.4 billion for the first quarter, on the back of significant growth in cloud platform revenue and ongoing strong growth at G Suite. YouTube revenues rose 33%, and significant growth persisted until the end of the quarter. The company incurred the Cash capex for the quarter of $6 billion. The company has generated the operating cash flow of $11.5 billion with free cash flow of $5.4 billion. The company had repurchased $8.5 billion of the shares. The company has ended the first quarter with cash and marketable securities of approximately $117 billion. 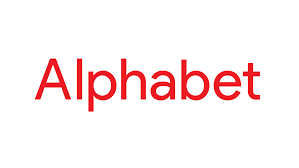 The company has given a cautiously optimistic note that a steep drop-off in ad revenues in March was starting to moderate. Further, the company has begun to put some cost-cutting measures in place. The company has planned to cut the marketing budgets by as much as half while placing freezes on various parts across the company. The company is also pulling back investments on from data centers and educational resources for workers. The company anticipates a modest decline in the company’s total capital expenditures in 2020, compared to last year, mostly due to a big reduction in spending on global office facilities and construction. GOOG plans to continue to invest in these areas including Search, machine learning, and Google Cloud. The company has reported first-quarter profit was $6.8 billion, compared to the analysts’ average estimate of $7.21 billion.

Meanwhile, the company’s Google unit has posted double-digit advertising growth despite the economic slowdown from COVID-19. Google ad sales were $33.8 billion, which is up about 10% from last year’s first quarter.

GOOG in the first quarter of FY 20 has reported the adjusted earnings per share of $9.87, while reported the adjusted revenue growth of 13 percent to $41.16 billion in the first quarter of FY 20, beating the analysts’ estimates for revenue of $40.29 billion. For the quarter, the company has posted the Traffic acquisition costs of $7.45 billion while the analysts polled by FactSet had expected $7.51 billion in traffic acquisition costs.