Amarin Corporation plc (NASDAQ: AMRN) crashed over 70.36% on March 31st, 2020 (Source: Finviz.com) after the company announced a the court ruling against AMRN in its patent litigation against two generic companies regarding Vascepa (developed by AMRN and it is Food and Drug Administration-approved product meant for the treatment of cardiovascular disease). The U.S. Distric Court for the Distric of Nevada gave the judgement in favor of the generic companies. The judge ruled the claims AMRN tried to patent are obvious and, therefore, not patentable. The high triglycerides treatment is based on a type of fish oil and the defendants were saying that the benefits have been known for decades. Now AMRN is strongly disagreeing with the ruling and will vigorously pursue all available remedies, that will include an appeal of the Court’s decision and a preliminary injunction pending appeal to, if an ANDA (abbreviated new drug application) is approved by FDA, which will prevent launch of generic versions of VASCEPA in the United States. AMRN intends to fight to protect the Vascepa franchise. Amarin stock slightly recovered by over 9.5% on 1st April, 2020 (As of 10:41 am GMT-4; Source: Google finance). 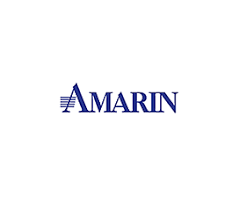 Meanwhile, Vascepa had first gained Food and Drug Administration approval in 2012 as a high triglycerides treatment. Last year, the FDA had approved Vascepa as a drug which lowers the risk of cardiovascular events like heart attacks and strokes in patients with high triglycerides. Vascepa is the sole marketed drug of the company, and generates the majority of its revenues. A generic launch will significantly affect the sales of the drug, reducing the company’s revenues. The company’s patents are projected to cover the drug till 2030. Amarin stock had reahed a 12-year high in December after the FDA approved the second use for the high triglycerides treatment. But Amarin stock was in downtrend since the investors awaited the patent decision.

Further, Stifel Nicolaus analyst Derek Archila reiterated his hold rating but cut the stock price target to $8 from $24, saying that he believes the court ruling will be difficult to overturn on appeal. Therefore negative view has been created regarding the future of Vascepa sales and, AMRN’s near-to-medium term cash runway.