Amazon.com, Inc. (NASDAQ: AMZN) stock rose over 8.8% in the pre-market session of 31st January, 2020 (As of 6:46 am GMT-5; Source: Google finance) after the company posted better than expected results for fourth quarter of FY 19, defied its own disappointing forecast and returned to earnings growth in the holiday quarter. The company had reported fourth-quarter profit of $3.3 billion compared to net income of $3 billion in fourth quarter 2018. Amazon spent less than the $1.5 billion he expected for the extra Prime benefits in the fourth quarter, which benefitting Amazon’s profit total. The topline grew due to the Prime additions as well as strong holiday traction. The company’s operating cash flow rose by 25% to $38.5 billion for the trailing twelve months and its Free cash flow increased to $25.8 billion for the trailing twelve months. 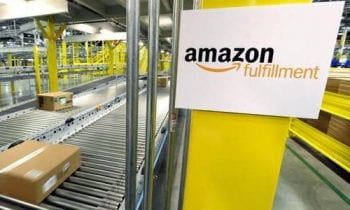 Meanwhile, more people have joined Prime in the fourth quarter than ever before, and the company now have over 150 million paid Prime members around the world. This is due to cut in delivery times in half and free, two-hour grocery delivery was added to the benefits of the membership program. Prime, which used to cost $119 a year or $12.99 a month, had surpassed 100 million members less than two years ago.