American Eagle Outfitters (NYSE: AEO) expects to earn in the range of 34 cents and 36 cents per share in the fourth quarter, well below analysts’ expectation of 46 cents. Comparable sales are expected to be about flat, which is much lower than the 4.34% growth analysts had projected, according to IBES data from Refinitiv. 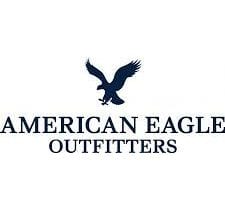 American Eagle Outfitters stock fell 6.61%on December 11th, 2019 (Source: Google finance) after the company’s net income declined nearly 6% to $80.76 million and the company forecast holiday-quarter profit and comparable sales below market expectations as AEO ramps up promotions to counter sluggish demand for its flagship AE brand. Gross margin declined to 38.2% from 39.8% a year earlier, due to the higher markdowns. Total gross profit increased 2% to $407 million. Operating income fell 5% to $103 million from $109 million last year in the margin rate to revenue decreased 110 basis points to 9.7%. The company has incurred capital expenditures of $58 million in the third quarter and $150 million year-to-date.

American Eagle has opened 24 stores in the third quarter and expects to open 60 Aerie stores this year. The company in the third quarter had new discounts on its Aerie bralettes, AE tops and sweatshirts to entice shoppers, but that came at the cost of lower gross margins.

AEO in the third quarter of FY 19 has reported the adjusted earnings per share of 48 cents, which is inline with the analysts’ estimates for the adjusted earnings per share of 48 cents. The company had reported the adjusted revenue growth of 6 percent to $1.07 billion in the third quarter of FY 19. Consolidated comparable sales rose 5% on the back of an 8% growth last year, consolidated comps were driven due to growth in the number of transactions, partially offset by a lower average transaction size due to a lower average unit retail price. By brand, American Eagle comps increased 2% in the third quarter, after a 5% increase last year, Aerie comps increased 20%, building on a 32% growth last year.

Additionally, during the third quarter, the company completed approximately $32 million in share repurchases and paid $23 million in dividends to shareholders. AEO has exited the quarter with a little over 35 million shares available for repurchase.