The Asian shares plunged on Friday after the United States president trump sentiments that increased tensions with china by banning any US transactions with the Chinese technology giant Tencent and ByteDance, TikTok’s parent company. 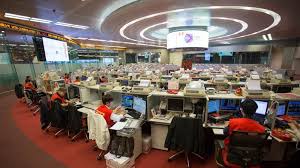 President Trump’s directives came as his government stated early this week that it was stepping up its effort to expel untrustworthy Chinese applications from the United States digital networks. Tencent is the company that owns the WeChat app that is very popular in the United States.

This announcement blew off the excitement from Beijing’s trading data that showed exports rose 7.2% from 2019. This is way above the economist’s prediction of a 0.2% decline.

Also, the news poured some cold water on what has been a positive mood in the financial markets with homes that the United States lawmakers will ultimately finalize the stimulus worth about $1 trillion to support the nation’s fragile economy.

In the previous trading session, Nasdaq added 1% which market the 4th straight day of great gains, and the S&P 500 climbed 0.64%.

Traders expect a new US stimulus package even though the democrats and white house remained quite far apart about the size and what needs to be included.

Also, the risk appetite got a slight boost after the data showed the number of US citizens seeking unemployment benefits for the first time last week, since the last low-level decline back in March.

On the other hand, the staggering 31.3 million Americans receiving jobless checks in July their remains significantly worry about the labor market as the country continue battling the increased cases of coronavirus infections.

Furthermore, the USA bond yields have been flirting with the historic lows that were supported by traders conviction that the central bank will keep the fiscal policy quite lose for the next few months and might strengthen their commitment to lower rates at the beginning of next month.

The latest trends following more speculations seemed to be purchasing both bond futures and stock futures unusual trends, as they usually tend to move around from one equity to another.

On the other hand, the USD that has been in a downside trend since July climbed back against the risk-associated currencies after the recent move by president trump.