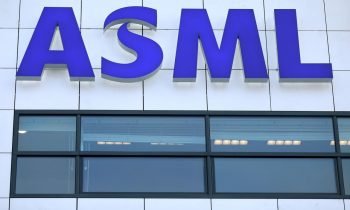 Furthermore, the semiconductor equipment manufacturer plans declared a total dividend of 5.50 euros per share for 2021, a 100% jump from the 2.75 euros per share dividend paid in the previous year.

Given the high demand for its products, ASML will introduce a fast-shipment process in which the final testing and formal acceptance take place at the customer site in a bid to reduce cycle time in the company’s factory. As a result of fast shipments, the group lowered its first-quarter net sales forecast to between 3.3 billion euros and 3.5 billion euros, reflecting about 2 billion euros of expected revenue to be recognized in subsequent quarters.

Following the Jan. 3 fire in a part of a building in its Berlin factory, the group is confident that it will be able to manage the consequences of the event without significant impact on its system output for 2022. ASML also noted that it continues to work together with its supply chain partners to actively expand and improve production capacity in order to meet current and future customer demand.

For full-year 2022, the semiconductor company expects net sales to grow around 20%, compared with 2021.