Aspen Technology (NASDAQ:AZPN), world’s leading supplier of asset optimization software solutions, stock fell 0.064% (As on Oct 13, 12:29:24 AM UTC-4, Source: Google Finance) after the company was upgraded by stock analysts at Bank of America from a “neutral” rating to a “buy” rating. 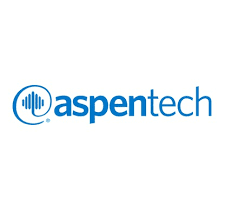 Meanwhile, Aspen Technology Inc. has rallied and Emerson Electric Co. fell after the companies announced an agreement in which Emerson’s industrial software business will be contributed to Aspen to create a new AspenTech software company with greater scale, capabilities and technologies. As part of the deal, Emerson will also contribute $6.0 billion in cash in exchange for a 55% stake in the newly formed AspenTech. Under the agreement’s terms, AspenTech shareholders will receive $87 per share in cash and 0.42 shares of the new AspenTech, implying a total consideration of $160 a share, and deal with a total equity value of about $11 billion before expected synergies. That represents a 13.0% premium to Aspen’s Friday’s closing price of $141.55. After the deal closes, which is expected to occur in the second quarter of 2022, the new AspenTech will trade on the Nasdaq under the ticker symbol “AZPN.” The deal is subject to the usual raft of regulatory and shareholder approvals. The final John Hancock should be in place during the second calendar quarter of 2022.

On the other hand, during the fourth quarter, the company generated $103.2 million in cash flow from operations and $103.7 million in free cash flow. Free cash flow is calculated as net cash provided by operating activities adjusted for the net impact of: purchases of property, equipment and leasehold improvements; payments for capitalized computer software development costs, and other nonrecurring items, such as acquisition-related payments.