Aurora Cannabis Inc (NYSE: ACB) stock crashed 23.2% on 23rd September, 2020 (As of 10:26 am GMT-4; Source: Google finance) as though the company posted the largest quarterly loss, panicking its investors. Aurora has lost $1.8 billion in its fiscal fourth quarter, the result of a string of impairment and goodwill write-downs. The company took an $86.5 million write-down on its production facilities, a $135.1 million inventory charge while writing down $1.6 billion in goodwill and intangibles. The fiscal year that ended June 30 was good for Aurora, as its losses grew and shares dove so hard that the company was forced to implement a reverse split to keep prices higher than $1. Overall, the company lost C$3.31 billion in the 12-month period, more than 10 times the $290.8 million loss from the previous fiscal year. Sales rose 13.6%, to C$278.9 million from C$245.5 million. As a result, Aurora has slipped from its top position in Canadian consumer and the company’s focus is therefore to reposition the Canadian consumer business immediately. The company intends to expand beyond the value flower segment, leverage their capabilities in science and product innovation and put the effort on a finite number of emerging growth formats. 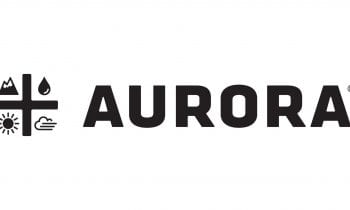 The company had reported 5 percent fall in the adjusted revenue to $72.1 million in the fourth quarter of FY 20, missing the analysts’ estimates for revenue of $73.3 million. The analysts were expecting losses of 66 cents a share for the quarter. The total volume of dried consumer cannabis sold rose by 36%, but was offset by a 30% decline in the average net selling price per gram of consumer cannabis as the Company’s value segment brand, Daily Special, accounts for a greater percentage of consumer cannabis net revenue, at 62% of flower revenue compared to 35% in the prior quarter.  Cannabis net revenue was $67.5 million in Q4 2020, which reflects a 3% decline from the prior quarter. Adjusted gross margin, before FV adjustments, on cannabis net revenue was 50%, up from 43% in Q3.

However, ACB reiterated its plans to report positive adjusted EBITDA in its fiscal second quarter of 2021 while stating cannabis net revenue in its first quarter is projected to be between $60 million and $64 million, a slight decline from its Q4 results.

Meanwhile, Aurora has announced its third chief executive of 2020, Miguel Martin, who replaced interim CEO Michael Singer after Singer took over for the departed Terry Booth in February.