Ford Motor Company (NYSE: F) stock crashed over 9.9% on 5th Feb, 2020 (as of  11:05 am GMT-5; Source: Google finance) as the company posted lower than expected results for the fourth quarter of FY 19 on increased pension contributions and higher North American warranty and labor costs. The company’s net loss was $1.7 billion wider than a loss of $0.1 billion in the previous year quarter. Fourth-quarter adjusted free cash flow was $498 million, down 67 percent 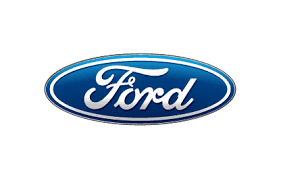 Moreover, Europe had generated $21 million in EBIT in Q4 compared to a loss of $199 million a year ago and improved to nearly break-even for the full year. Ford’s fourth-quarter operating loss in China was 61 percent smaller than in the same year-ago period, on the back of lower structural costs. In South America, the company had exited production of heavy trucks and discontinued unprofitable sedan models, closing a plant in São Bernardo.

For the first quarter, Ford expects adjusted EBIT to decline by more than $1.1 billion from last year as a result of the continuation of higher warranty costs seen during the second half of 2019, lower vehicle volumes, lower results from Ford Credit, and higher investment in Mobility.