Avangrid Inc (NYSE: AGR) stock lost over 4.5% on 21st October, 2020 (as of  9:54 am GMT-4; Source: Google finance) after the company posted lower than expected results for the third quarter of FY 20 driven by a decline in the renewables segment, unfavorable market pricing and certain expenses. Renewables contributed only USD 25 million (EUR 21.1m) to the third-quarter bottom line, which is down from USD 74 million a year before. This was due to lower mark-to-market earnings, depreciation and lower wind production from existing assets. On a non-U.S. GAAP adjusted basis, net income for the third quarter 2020 was $100 million, compared to $123 million for the same period in 2019. 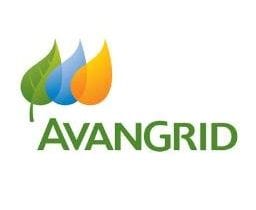 On the other hand, AGR is in talks to acquire PNM Resources Inc., a peer active in New Mexico and Texas that is worth more than $6 billion, including debt. The deal is expected to expand Avangrid’s regulated business beyond its U.S. northeastern footprint. It would also accelerate PNM’s transition to clean energy, given Avangrid’s sizeable renewable energy portfolio. There is no certainty that the negotiations will lead to a deal, requesting anonymity because the matter is confidential. Iberdrola owns a 81.6% stake in Avangrid. The Orange, Connecticut-based company, that has a market capitalization of $16.7 billion, is split into two businesses, that includes a regulated utility serving more than 3.3 million customers in New York and New England, and a division which owns and operates renewable power generation assets across the United States. Further, the transaction is expected to be EPS accretive in the first full year after closing. it is projected that AVANGRID’s regulated earnings contribution post-transaction will exceed 80%. This proportion of regulated earnings will support AVANGRID’s fast growing renewables business over the next decade. The regulatory approvals are expected to be completed in approximately 12 months.