Calavo Growers, Inc. (NASDAQ: CVGW) stock rose 0.97% after the company posted mixed results for the second quarter of FY 20. On a consolidated basis, the sales in the second quarter were almost flat year-over-year as there was strong growth in February and into the first few weeks of March. However, Foodservice sales declined sharply and retail sales fell as consumers shifted purchasing to non-perishable goods. The impact of the pandemic has resulted in $6 million in cancelled orders and an additional $9 million decline in sales run rate driven by changing customer buying patterns from mid-March through the end of April. The Simply Fresh business acquired in February 2020 also delivered $3 million less revenue from the same period in the prior year. There has been improvement in the sales of the retail channel in the month of April. Overall, the company ended the second quarter with $110 million of cash, liquid investments and available debt capacity. The company had total debt of $50 million at the end of the second quarter, including $19 million related to the acquisition of Simply Fresh in February. 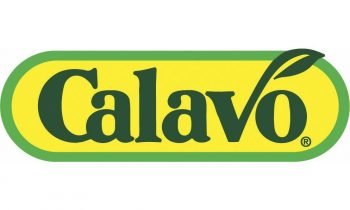 Moreover, the company posted decline in gross profit by 40% year-over-year to $22.1 million from $36.8 million in the second quarter of 2019. Apart from the lower sales volumes, the gross margin in the Fresh segment has fallen on the back of $3.4 million foreign currency remeasurement impact. The company had a VAT receivable from the Mexican government. The decline in the value of the peso from MXN18.91 to MXN23.93 per $1.00 during the second quarter led to the decline in the value of the VAT receivable when converted into US dollars. The gross profit was directly and negatively affected by costs incurred due to cancelled orders, products sold on consignments and the closure of the Simply Fresh facility.