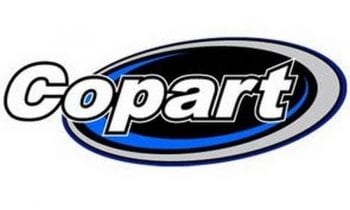 Cash consumption, excluding extraordinary financing activities and asset sales, were of average US$36 million per month during the third quarter. The Company ended the period with US$1.3 billion of available liquidity, comprising of US$1.0 billion in cash, short-term and long-term investments, and committed and undrawn credit facilities of US$305 million. The Company has repaid US$50 million in short-term lines of credit, closing the third quarter with a total debt of US$1.2 billion.

Meanwhile, in August, the Company had restarted limited scheduled commercial operations, which is subject to Panama’s health control restrictions on the number of flights and entry for non-citizens and non-residents to Panama and has been gradually increasing capacity since then. The capacity for the quarter represented about 1.5% of 3Q19 capacity. Further, the company has completed the delivery of the first EMB-190 aircraft out of 14 that have been sold to a third party. Excluding the aircraft classified as assets held for sale, Copa Holdings ended the third quarter with a consolidated fleet of 74 aircraft, comprising 68 Boeing 737-800s and 6 Boeing 737MAX9s.

Moreover, during October, the company had delivered the 2nd and 3rd EMB-190 aircraft out of 14 that have been sold to a third party. During this month, Panama had lifted restrictions on the number of flights and entry for non-citizens and non-residents. During the month of November, the Company had signed a Letter of Intent for the sale of 2 Boeing 737-700 aircraft, to be finalized and delivered in January 2021. As of November 15, the Company has restarted service to 38 destinations.

Meanwhile, the Company is in advanced talks with Boeing to reach a settlement regarding the Boeing 737-MAX grounding. As per the outcome of these discussions, the company anticipates to receive two Boeing 737-MAX9 aircraft during the month of December 2020.