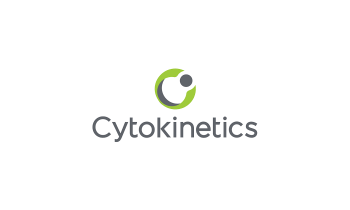 Under CYTK’s collaboration with Amgen, the company has completed enrollment in GALACTIC-HF and pass through the first interim analysis with no changes to the protocol or study conduct. And last week, the company has announced that following the second interim analysis of GALACTIC-HF, the Data Monitoring Committee again recommended continuing the trial with no changes. METEORIC-HF, the second Phase III clinical trial of omecamtiv mecarbil also got started at the beginning of 2019 and the company expects to complete enrollment in this second Phase III trial of omecamtiv mecarbil later this year. Further, under the collaboration with Amgen, the company has initiated the Phase I study of AMG 594 in 2019 and the company expect to complete the SAD/MAD study later this year. Also in 2019, the company had generated encouraging results from FORTITUDE-ALS, which is the Phase 2 clinical trial of reldesemtiv in patients with ALS and we engaged with regulatory authorities, payers and KOLs in preparation for a potential future Phase 3 clinical trial.

Moreover, the company intends to advance CK-271 the additional cardiac myosin inhibitor into Phase 1 in the first half of this year and to continue IND enabling studies for CK-601, which is a next generation fast skeletal muscle troponin activator, which is also moving toward clinical research. 2020 will be a pivotal year for Cytokinetics, as the company now expects results from GALACTIC-HF by the end of the year and the company is preparing for commercial readiness and co-promotion. The company also expects to advance and expand the pipeline to enable two other programs to potentially advance to late-stage trials, while another program may advance in earlier stage trials.