Embraer SA (NYSE: ERJ) stock rose 0.36% on better than expected performance in the first quarter of FY 20. Embraer continues to evaluate the additional financing to further enhance its cash position. Due to the uncertainty related to the COVID-19 pandemic, financial and deliveries guidance for the Company’s 2020 results remains suspended at this point. Embraer has delivered five commercial jets and nine executive jets (five light / four large) in in the first quarter of FY 20, and the Company’s firm order backlog at the end of in the first quarter of FY 20 was US$ 15.9 billion. Embraer is dealing with the abrupt collapse of a planned deal with Boeing Co that happened in April. The company said that China and India could be potential new partners, and is studying a new five-year plan for new opportunities. The company is looking for partnerships that could involve products, engineering and production. However, the company made it clear that it is not currently negotiating with China’s state-owned COMAC, Russia’s Irkut or India on any potential deal to replace the one with Boeing. 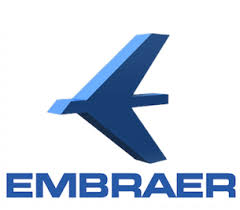