GIS in the first quarter of FY 20 has reported the adjusted earnings per share of 79 cents, while reported 2.2 percent decline in the adjusted revenue of $4 billion in the first quarter of FY 20, missing the analysts’ estimates for revenue of $4.08 billion. Organic net sales have fallen by 1% with lower volume, which is partially offset due to a positive price mix across all operating segments. The adjusted operating profit have increased by 7% in constant currency due to a one-time purchase accounting adjustment in the Pet segment in last year’s first quarter. 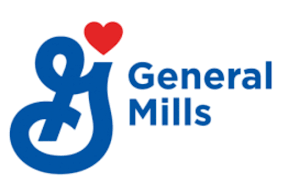 Moreover, GIS’ organic sales for North America Retail were flat versus the prior year. This was just a two point improvement on the fourth quarter 2019. The company has posted net sales improvement across most of its operating units. In U.S. Cereal, the company has maintained the positive momentum and posted net sales growth of 1%. GIS saw early traction in U.S. snacks as its net sales were down 1% compared to a 4% decline in fiscal 2019. U.S. Yogurt net sales were flat to last year

North American retail segment sales were flat at $2.38 billion for the first quarter, which is better the FactSet consensus of $2.37 billion. Pet sales grew 7% to $368 million, beating the analysts’ expectations of $364.3 million. The convenience stores and foodservice sales declined 4% to $445 million, which is well below expectations of $471.9 million. In Asia and Latin America, the organic sales fell 3%. Sales in the three key emerging markets, Brazil, India and China was below the company’s expectations in the first quarter. In Brazil, the company experienced retailers draw down inventories early in the first quarter. In India, the company had changed the route to market for focussing on more strategic and profitable distribution and in China, the company posted lower volumes on Haagen-Dazs driven by slower consumer traffic and shops and the Wanchai Ferry due to pricing actions the company had implemented to cover significant pork inflation.

The company affirmed its full-year 2020 organic net sales growth outlook, expected to be in the range of 1% to 2%.