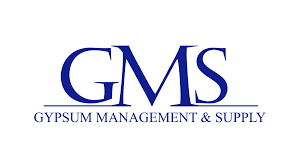 The company was able to invest in organic business initiatives, conclude three business acquisitions, open six greenfield locations and reduce the net debt leverage from 3.6 times to 2.9 times over the course of the fiscal year.

Meanwhile, early in the fourth quarter, the company had completed the previously announced acquisition of Trowel Trades Supply, Inc., which represents the company’s entrance into Vermont, thereby increasing the coverage of the company in the US to 44 states and further boosted the position in the important New England market. The company has also opened a greenfield location in Panama City Beach, Florida, which will enable the company to more fully participate in rebuilding efforts in the Florida Panhandle after Hurricane Michael in late 2018.

GMS in the fourth quarter of FY 20 has reported the adjusted earnings per share of 56 cents, while  reported 102 percent fall in the adjusted revenue to $770.85 billion in the fourth quarter of FY 20. This is due to an approximately 7% rise in sales in February and March combined was more than offset by an about 16% year-over-year decline in net sales in April due to COVID-19 disruptions.