Hancock Whitney Corp (NASDAQ: HWC) stock fell over 0.2% on October 16th, 2019 (As of 9:39 am GMT-4; Source: Google finance) after the company posted mixed results for the third quarter of FY 19 due to costs related to its acquisition of Lafayette-based MidSouth Bancorp. The net income fell to $67.8 million from $83.9 million, a year ago. The bank’s costs related to the acquisition of MidSouth Bancorp (MSL) had affected the earnings by $28.8 million. The company had closed MSL acquisition effective on September 21, 2019 with a simultaneous systems conversion. HWC’s common shareholders’ equity at the end of September 2019 totaled $3.6 billion, up 8%, from June 30, 2019. The tangible common equity (TCE) ratio was 8.82%, up 7 bps from June 30, 2019. 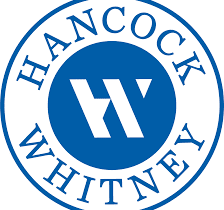 Additionally, during the third quarter the company has approved an increase in its common stock buyback authorization to 5.5 million shares and extended the authorization through December 31, 2020.