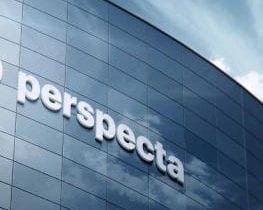 Bookings totaled $1.2 billion for a book-to-bill ratio of 1.1 times. 56% of the quarter’s awards were new work for Perspecta. This builds on the momentum the company saw in Q3 where 77% of the awards were new business. Funded backlog at the end of the fourth quarter was $2 billion, which increased sequentially. The company has reported adjusted net income of $89 million, which was flat year-over-year. The company had generated $186 million of cash flow from operating activities and $179 million of adjusted free cash flow or 201% of adjusted net income. The company had incurred the $37 million of capital expenditures, which includes finance lease payments and $30 million of restructuring and integration payments.

PRSP in the fourth quarter of FY 20 has reported the adjusted earnings per share of 55 cents, while reported the adjusted revenue growth of 35.9 percent to $1.10 billion in the fourth quarter of FY 20. The growth in the quarter was on the back of Defense and Intelligence segment, which grew 3% year-over-year, due to on-contract growth and contributions from new programs ramping up in the quarter, partially offset by the expected moderation in background investigation volumes. Civilian and Health Care segment revenue fell by 4% year-over-year with momentum from recent new business wins, offset by NASA and other legacy program wind-downs. Overall, the contract mix was similar to last quarter. As a percentage of total revenue, the contracts were 53% fixed price, 19% time and materials and 28% cost-plus.