The company reported the net income of $10.7 million, down from $12.5 million last year. Though, the company has posted better than expected results for the second quarter of FY 20. Due to volatility related to the coronavirus, the company has withdrawn its full-year fiscal 2020 guidance. The Quest integration is on track and the company’s synergy plans are proceeding as expected. In March, overall retail foot traffic was extremely volatile with the in the beginning of the month after a significant slowdown in the second half of the month at most brick and mortar retailers. The retail takeaway trend of both the category and the brand followed a similar pattern.  Both Atkins and Quest delivered strong sales growth as well as growth and adjusted EBITDA margin expansion in the second quarter. Legacy Atkins retail takeaway in the second quarter was generally in line with the company’s expectation. 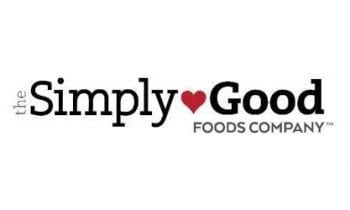 Legacy Atkins net sales grew 12.1% on the back of the increase in retail takeaway due to the strong e-commerce growth as well as a slight seasonal inventory build. The contribution from Quest was 71.3% benefit to net sales growth and increased in double digits compared to corresponding period year ago. Total Simply Good Foods Company second quarter and year-to-date retail takeaway in the IRI/MULO-measured outlet universe grew 11.8% and 13.6% respectively. IRI/MULO forms about 90% of legacy Atkins U.S. sales. However, it only represents about 50% of Quest sales. Atkins Q2 retail takeaway rose 6.1% with growth across all major channels. Quest second quarter nutritional snacking growth rose by approximately 27% due to growth in food, mass and club channels.