Taubman Centers, Inc. (NYSE: TCO) stock plunged 20.07% on June 10th, 2020 and continued its bearish momentum on June 11th, 2020 falling over 0.41% (as of 10:20 am GMT-4; Source: Google finance). The Simon Property Group Inc. terminated the deal valued at about $3.6 billion to buy Taubman. Further, Simon has a filed a court action requesting a declaration that Taubman has suffered a “material adverse event” under the merger agreement, as the COVID-19 pandemic has had a “uniquely material and disproportionate effect” on Taubman compared with other REITs. Simon also claimed that TCO has “breached” its obligations by failing to take steps to reduce the impact of the pandemic, by not making required cuts to expenses and expenditures. 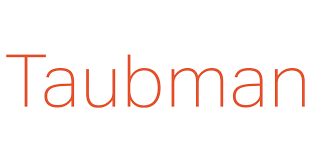 Moreover, the Merger Agreement between the two companies had specifically gave Simon the right to terminate the deal in the case that a pandemic disproportionately hurt Taubman. TCO’s significant proportion of enclosed retail properties are situated in densely populated major metropolitan areas, is dependent on both domestic and international tourism at many of its properties, and had focus on high-end shopping were significantly affected due to the COVID-19 pandemic when compared to the rest of the retail real estate industry. Meanwhile, TCO plans to hold Simon to its obligations under the Merger Agreement and the agreed transaction, and to vigorously contest Simon’s purported termination and legal claims. TCO plans to pursue its remedies to enforce its contractual rights under the Merger Agreement, that includes the right to specific performance and the right to monetary damages, including damages based on the deal price.

On the other hand, this is the second major retail deal that was signed just before the pandemic affected the U.S. to crumble. The sale of Victoria’s Secret to a private equity group fell apart last month. The sharp fall in sales for retailers since then has been unprecedented. J.C. Penney, Neiman Marcus and J.Crew, have all filed for bankruptcy protection this year. There is an anticipation that as many as 25,000 stores will close this year, which is more than double last year’s count, according to Coresight Research, which tracks store openings and closings.

Additionally, TCO has declared quarterly dividends of $0.40625 on its 6.5% Series J Cumulative Preferred Shares and $0.390625 on its 6.25% Series K Cumulative Preferred Shares. The preferred dividends will be paid on June 30, 2020 to shareholders of record on June 15, 2020. Further, due to COVID-19 and the resulting uncertain economic environment, the company will not declare a second quarter dividend on its common stock.