Uxin Ltd (NASDAQ: UXIN) stock fell 14.42% on September 23rd, 2019 and continued its bearish momentum falling over 0.7% on 24th September, 2019 (as of  9:44 am GMT-4; Source: Google finance). company delivered the Non-GAAP adjusted net loss from continuing operations, of RMB27.1 million and fair value change of derivative liabilities in the amount of nil, was RMB332.9 million (US$48.4 million) in the second quarter of 2019, which is a decrease from RMB399.4 million in the same period last year. In the second quarter of 2019, 2B transaction facilitation revenue was RMB68.4 million (US$9.9 million, which is a decline of 57.5% from the same period last year, due to the decline in transaction volume. 2B transaction volume fell by 57.1% year-over-year to 39,576 units in the second quarter of 2019. 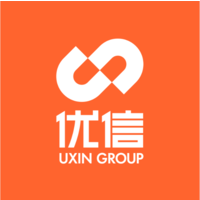 In the second quarter of 2019, the revenue of 2C business was RMB322.5 million (US$46.9 million), which represents a significant increase of 11 times from RMB27.5 million in the same period last year. The 2C transaction volume, or online used car transaction volume, rose by 500.4% year-over-year to 24,585 units in the second quarter of 2019, and its corresponding GMV rose by 481.5% year-over-year to RMB2,864 million. Meanwhile, on July 12, 2019, the Company announced had signed a binding term sheet with Golden Pacer, which is a leading financial technology platform in China, to divest its loan facilitation related business. As per the term sheet, the Company will divest its entire 2C intra-regional business and cease to offer guarantee services in connection with its 2C cross-regional business in the future, and thus divest the corresponding assets and liabilities. Due to the proposed divestiture, the Company will be significantly relieved of the guarantee obligations related to the existing loan balance of RMB33.2 billion as of June 30, 2019 for the used car loans previously facilitated by Uxin.

For the third quarter of 2019, Uxin expects the total revenues to be in the range of RMB440 million to RMB460 million