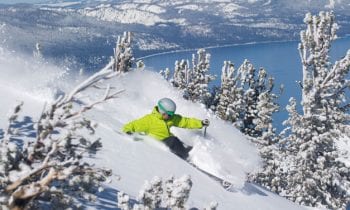 Meanwhile, MTN has recently announced the acquisition of Peak Resorts, Inc. for a purchase price of $11.00 per share. With this acquisition, MTN has added 17 U.S. ski areas to its network of world-class resorts, which will bring its total number of owned and operated resorts to 37 worldwide. After this acquisition, the company plans to invest approximately $15 million over the next two years in one-time capital spending to elevate the guest experience at these resorts. Further, the Company’s annual ongoing capital expenditures are expected to rise by about $10 million to support the addition of the new ski areas. Peak’s common stock is delisted from the Nasdaq Global Select Market effective as of the close of trading on September 24, 2019. The Company borrowed $335.6 million under the term loan component of its Eighth Amended and Restated Credit Agreement to fund the acquisition and prepay certain portions of debt assumed in the acquisition.

Additionally, through September 22, 2019, North American ski season pass sales rose by about 14% in units and 15% in sales dollars as compared to the period in the prior year through September 23, 2018, that comprise of Military Pass sales in both periods, excluding pass sales from Peak Resorts in both periods Excluding sales of Military Passes, the  season pass sales have risen by approximately 13% in units and 14% in sales dollars over the comparable prior year period.