The benchmark cryptocurrency continues to tail the US stock market into its winning and losing days. Meanwhile, it has been fluctuating inside a $9,100-9,400 range for the last two weeks, showing that traders remain cautious about breaking either of those levels. 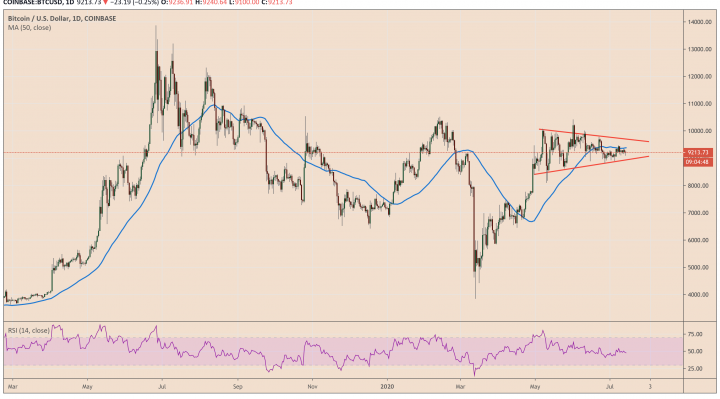 The dead-like price action has already sent Bitcoin’s rival tokens into their respective bullish territories. Almost all the top coins, including Ethereum, Chainlink, Tezos, and others, rallied last week against Bitcoin. Some of them even broke out to establish their all-time highs.

On the other hand, Bitcoin’s quarter-to-date profits remained below 1 percent.

The correlation between Bitcoin and the S&P 500 reached a record high last week. For good reasons, the growing proximity between the cryptocurrency and the US benchmark index made the former look more like a Wall Street asset – a thing that should ideally be bullish.

Nevertheless, closeness with the S&P 500 also puts Bitcoin at extreme risk of falling back. It is because the index’s recent rally lacks clarity – it appeared because the Federal Reserve decided to inject trillions of dollars into the US economy and cut benchmark rates to near zero.

Additional liquidity, and nothing else, helped the S&P 500 recover by more than 40 percent from its March nadir. Bitcoin, on the other hand, surged by 150 percent.

But the earnings season puts the S&P 500’s gains at risk. July is the month when the US’s biggest corporates will release their second-quarter earnings report. Data service FactSet anticipates that the S&P 500’s quarterly earnings per share will fall by as much as 45 percent. Goldman Sachs thinks it will plunge by 60 percent. 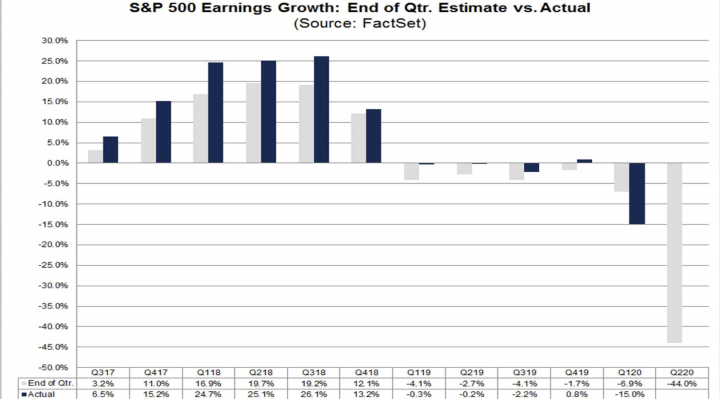 If that is not enough for an S&P 500 bearish correction, the rising number of coronavirus cases in the US are further increasing the selling bias. California and Texas have already announced Lockdown 2.0, a move that will end up impacting the US economy’s reopening plans.

Bitcoin, thanks to its correlation, could struggle to establish a solid upside bias in July.

At the same time, Bitcoin’s volatility is approaching its 10-month low, according to the readings of a technical indicator called Bollinger Bands. 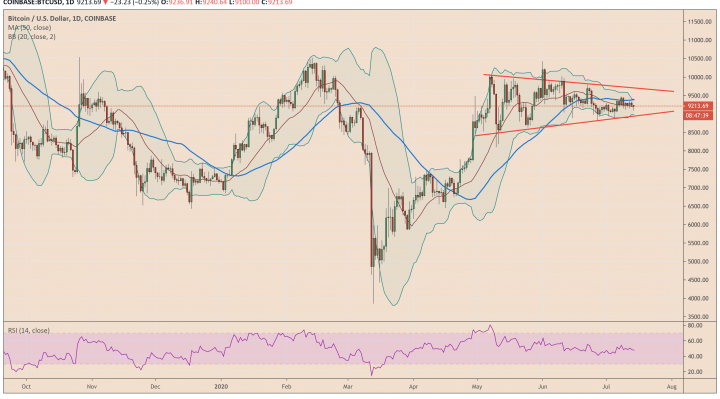 A lower period of volatility typically leads to a breakout. Bitcoin is looking to make a similar fractal out of its narrowed price moves. One should also take note of the symmetrical wedge pattern and its converging trendlines. Ideally, bitcoin should attempt a breakout upon or ahead of hitting the Wedge’s apex.

Photo by SpaceX on Unsplash