Price has shown some exhaustion signs in the last days, so the today’s drop it was expected and it is a natural one. The next days could be crucial for the crypto market because if the Bitcoin will continue to drop, then the other cryptocurrencies will drop as well. 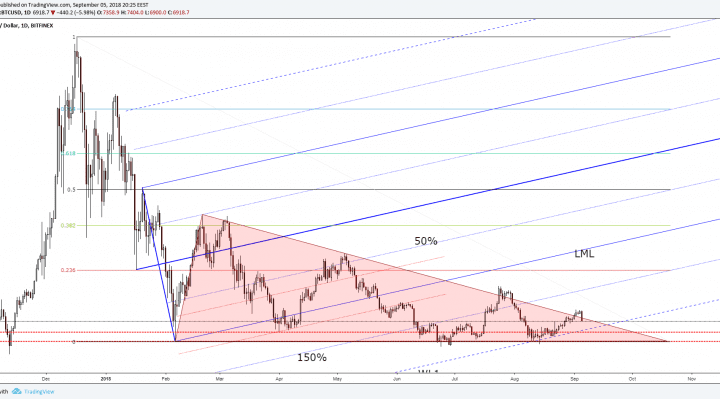 Price was expected to drop after the breakout above the downtrend line (upside line), so it remains to see what will happen in the next days because this could be only a false breakdown and it could still increase further.

The failure to approach and reach the 150% Fibonacci line very fast could send the rate much lower in the upcoming period. Personally, I would have liked to see an aggressive false breakdown below the WL1 before the last rebound.