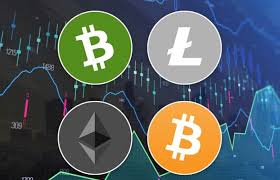 The Bitcoins upward trend has been happening since June mainly due to the $9000 and $9,200 level that has held consistently. This has positioned the bitcoin bulls in a place where they can continue retesting the $10,000 overhead resistance. Nevertheless, bitcoin has shown some weakness as it hovers just above $9,200.

Despite BTC’s weakness, the $9000 and $9200 have continued to hold. Essentially, this has catapulted the altcoins to a higher level. The significant rise of the altcoins results from Bitcoins Low volatility over the past few months. As I write this, Bitcoin is still flirting with the $9,200 level, and this has been the case since yesterday. The refusal at $9,500 resistance resulted in the bitcoin initiate a steep selloff. Nevertheless, the bulls will still try to resume the uptrend move. Basically, the fundamental th8ing is that incase the bulls hold above the $9,500 mark, then the uptrend range trading will automatically resume. Once the $9,500 resistance clears, the next important target would be $9,800. Again, the overhead resistance ($10,000) would be resistance if the $9,800 is surpassed.
Keep in mind that repeated retest of the $10,500 and $10,000 zone would result in a breakout. Moreover, multiple retests will eventually weaken this overhead resistance. Financial experts believe that the key benchmark cryptocurrency will still reach the $13,000 high after the $10,500 resistance is cleared. On the other hand, incase the bulls do not achieve this target; the BTC will experience a bearish reaction. As a result, the BTC will sharply drop from this overhead resistance. However, if the $9,100 and $9,000 support doesn’t hold, a further drop to $8,600 or $8,500 will be imminent. At the same time, the BTC has gone up to level 50 of the RSI period 14. This relative strength index is in the middle. This shows a balance between demand and supply. This has been further discussed by Bitcoin Price Recovers From Multi-Month Lows to Top $5,550.

On the chart below, the BTC has held steady at the $9,000 and $9,400 range. Moreover, the $9,000 to $9,100 range has held as support resistance, whereas the $9,400 has acted as a resistance.
The price seems to have been wedged between the two levels since early July. On the other hand, the bulls have tried breaking this resistance at about $9,400. Investors nudged the bitcoin to $9,500 high, but it has since been rejected to $9,200 support. Unfortunately, the bears further nudged the price to $8,918, but correct uptrend. Nevertheless, at the time of creating this post, the market held steady above the $9,200 level. So, technically speaking, the BTC is above the daily stochastic 40% range. This clearly shows that the market is hovering around the bullish momentum. On the other hand, the bulls are still trying to break into the $9,300 zone.