How Bitcoin Transactions Will Increase This Year 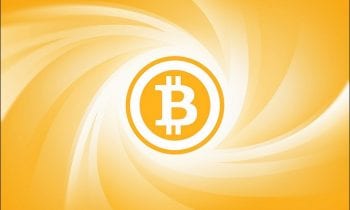 The ecosystem of Bitcoin is evolving and it’s set to a new transaction record in the year 2016. Sources suggest that the number of Bitcoin transaction will exceed the assessment of US $ 92bn this year. In 2015the transactions of Bitcoin only reached US$27bn which is quite an achievement this year. Bitcoin transactions on the network are increasing and we cannot deny this fact. It is evident that more and more people have ideally taken an interest in this cryptocurrency over the past eighteen months. Transactions such as miners being paid block remuneration payouts as well as sending and receiving of funds continue to boost in numbers given that most people have anticipated it.

Bitcoin transactions valuation will increase so much in 2016 because of three main reasons. The uncertainty over the Brexit and its consequences is actually the major reason since repercussions will only become visible in the next 12-18 months. Bitcoin price increase, as well as uncertainty across the markets, may lead to an increased interest in Bitcoin. Additionally, the crumbling of Chinese economy which is still sending shockwaves through the global markets is also a factor for the Bitcoin transaction valuations thrive in 2016. However, essentially, the trading volume of Bitcoin is coming from Chinese exchanges and the number of trades continues to increase on a daily basis resulting in the increase of Bitcoin transactions.

The attention which Bitcoin transactions are getting recently as a milestone event in the history of this cryptocurrency has resulted in its increased globally. An increased Bitcoin price will also cause more transactions to take place on the network. The price of Bitcoin will go up through the rewards earned by miners for every block. For instance, If Donald Trump becomes the president of the United States of America there is a big chance for global market mayhem. As a matter of fact, the presidency of Donald Trump is a top 10 international risk according to the Economist Intelligence Unit. At the same time, this would allow Bitcoin trading to thrive as well as push up the number of its valuation along with transactions in such an environment.

A better understanding of the transactions, as well as valuation of Bitcoin, would be helpful in building new features along with services for the Bitcoin ecosystem. The way the transaction works, whether at the local or the global level will ideally require careful deliberation of the incentives used during the trading process. As a point of fact, Bitcoin loves the current political and economic insecurity we have been witnessing in the past few years according to a new Juniper Research report.

In conclusion, Bitcoin transactions continue to increase in volumes since it’s concentrated overwhelmingly on the exchanges whereby Bitcoin is now trading at values almost 50% higher than at the beginning of the year. Bitcoin transactions values are projected to triple this year and are yet to reach its peak. Therefore, the introduction of Bitcoin in the retail space is expected to remain partial to a niche audience with only a small number of websites seeking to present it as a payment decision.