The Brazilian real is trading relatively flat on Tuesday as investors digest the latest automobile data and bearish economic outlook. Global financial markets are also watching the political developments after President Jair Bolsonaro captured international headlines when he announced that he had been diagnosed with the coronavirus.

A new Reuters poll of economists from Goldman Sachs, JPMorgan Chase, and UBS suggests the Brazilian economy will contract by 6.3% this year. This is roughly in line with the central bank’s survey of economists, which highlighted a 6.5% decline in 2020. Either way, it would be the sharpest annual decline in economic output for the South American country in a century.

Finally, the same FOCUS survey forecasts a current account deficit of $20.5 billion this week, down from $35.9 billion a month ago. It also projects foreign direct investment inflows WOULD slump to $60 billion, down from $70 billion last month. 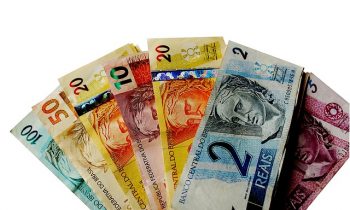 On the official data front, automobile production spiked 129.1% in June to 98,700 units as factors resume operations in the aftermath of the coronavirus outbreak. According to government numbers, output climbed for all vehicles: light cars (142.6%), trucks (39%), and buses (10.1%).

Still, at an annualized rate, auto production is down 57.7%.

President Bolsonaro, who has downplayed the severity of the COVID-19 public health crisis, told reporters that he has tested positive for the coronavirus.

I’m well, normal. I even want to take a walk around here, but I can’t due to medical recommendations. I thought I had it before, given my very dynamic activity. I’m president and on the combat lines. I like to be in the middle of the people.

After the diagnosis, Bolsonaro started taking hydroxychloroquine and azithromycin.