The Brazilian real strengthened against most of its major currency competitors at the end of the trading week, despite South America becoming a new hotspot for the coronavirus pandemic. With experts warning that Brazil could face a depression over the next month due to the public health crisis, all of the market reforms employed by the government are being threatened by the outbreak.

On Friday, it was reported that Brazil now possesses the second-highest number of reported coronavirus cases in the world, after the US. In recent days, the number of confirmed cases surged in the country, officially overtaking the United Kingdom and Russia. In total, Brazil maintains more than 330,000 cases and more than 21,000 deaths.

Until this week, Brazil has largely avoided locking down the entire nation. Although some states and municipalities have imposed public health measures, the country has largely kept things as they were before the global pandemic. President Jair Bolsonaro’s belief that a lockdown would do more harm than good may be backfiring.

The Brazilian government slashed its 2020 gross domestic product (GDP) forecast to -4.7%, the largest annual drop in more than a century. It also modified its 2020 primary budget deficit to an all-time high $97 billion.

The Bolsonaro administration has been employing measures to cushion the economy, including wage subsidies to ensure businesses keep their workers on payroll. The central bank also confirmed that it is ready to “show” billions in relief to support growth. Earlier this month, policymakers slashed interest rates by 75 basis points, from 3.75% to 3%, which was more than the 50-basis-point consensus. 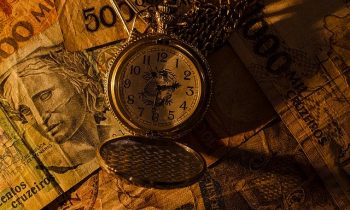 Surprisingly, business confidence has slightly edged up this month, climbing from 34.5 in April to 34.7 in May. The market had anticipated an official reading of 30.

The real has been the worst-performing currency in the global financial markets, crashing to an all-time low against the US dollar.