The Brazilian real is strengthening against many of its currency counterparts to start the trading week. The real is rising on greater risk appetite over emerging markets and encouraging signs that the number of confirmed cases of the coronavirus might be falling. There has also been an influx of positive economic data indicators.

Emerging market currencies are gaining momentum on Monday as investors are optimistic that the recent spike in COVID-19 cases could be declining in the Americas. Although 60% of all new cases are originating from North and South America, many investors believe the recent data from the last couple of days may be showing they are leveling off.

With positive investor sentiment throughout US equities, traders have a better risk tolerance for EM currencies, including the Brazilian real. Despite 1.35 million confirmed cases, numbers over the last ten days suggest that single-day infections may have peaked at just below 55,000. If new infections keep coming down, this would be a positive development for a country that has been paralyzed by the public health crisis. 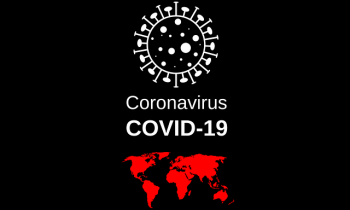 Many states and municipalities have been implementing lockdowns and tighter restrictions to prevent the situation from metastasizing even further. President Jair Bolsonaro has taken a lot of heat for prioritizing the economy over the coronavirus. But the president has blamed the health authorities, the press, and even members of his cabinet for blowing the whole thing out of proportion.

On the data front, bank lending rose 0.3% in May, following a flat reading in April. Lending to businesses jumped 0.7%, while lending to households was unchanged. Bank lending has risen at an annualized rate of 9.3%, slightly down 9.6% from the previous month. Brazilian industrial confidence surged from 34.7 in May to 41.2 in June, the biggest one-month increase on record.

Commodities investors and analysts are also noticing that China may be extending a lifeline to the nation’s agricultural market.

In the week ending June 25, China bought 8.9 million metric tons of Brazilian soybeans, accounting for 94% of its monthly soy imports. Overall, between January and May, Brazil exported 49 million metric tons, with 73% shipped to China. Chinese importers took advantage of a depreciated real, which collapsed as much as 35% against the US dollar this year.