AAR Corp. (NYSE: AIR) stock rose over 5.8% in the pre-market session of July 11th, 2019 (Source: Google finance) after the company beat the earnings estimate for the fourth quarter of FY 19. Capital expenditures for the fourth quarter were $5.1 million and depreciation and amortization was $11.5 million. Net interest expense was $2.1 million compared to $2.2 million, last year. During the fourth quarter, the cash flow from operating activities from continuing operations was $44.1 million, which is net of a $13.3 million reduction in the AR (ph) program. Also, AIR has repurchased 291,000 shares for $9.5 million.

As part of the previously communicated strategy to shift to an asset like GOCO business model, AIR has signed a definitive agreement to sell certain assets in the GOCO business. In the fourth quarter, AIR had announced the extension of the engine support contract with MTU. AIR has also received certification from the Japan Civil Aviation Bureau, the JCAB, that will expand the Japanese customer base and further strengthen the Company’s position in Asia. Subsequent to the fourth quarter end, the company had announced an exclusive distribution arrangement with Woodward to support the US military and a joint repair management contract with Global Aerospace Logistics or GAL, focused on UAE military fleets. 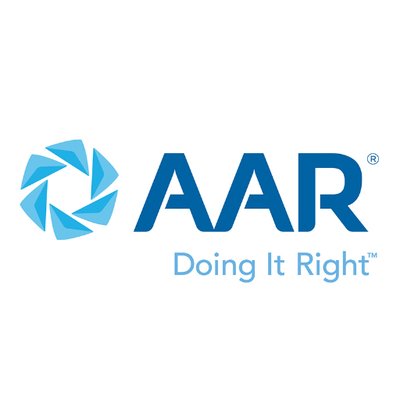 Moreover, the gross profit grew 11.8% or $10 million to $94.7 million. Gross margin was 16.8% compared to 17.9% in the prior year period, primarily due to the labor challenges in MRO and mix in Expeditionary Services.