Coeur Mining Inc (NYSE: CDE) stock rose 8.78% on June 22nd, 2020 (Source: Google finance) after the company and Metalla Royalty & Streaming Ltd. have signed a bid letter with a syndicate of underwriters led by PI Financial Corp., Haywood Securities Inc. and Cantor Fitzgerald Canada Corporation (the “Co-Lead Underwriters”), according to which the Underwriters have agreed to buy on a “bought deal” basis 2,400,000 common shares of Metalla that  Coeur are holding at a price of US$5.30 per common share for gross proceeds to Coeur of about US$12.72 million (the “Secondary Offering”). Metalla will not receive any funds raised from the Secondary Offering. Further, Coeur has granted the Underwriters an over-allotment option to purchase up to an additional 15% of the number of shares of Metalla sold in the Secondary Offering for up to 30 days after the closing, on the same terms and conditions as the Secondary Offering. If the Over-Allotment Option is exercised in full, the total gross amount that Coeur will receive is US$14,628,000. 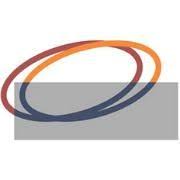 Coeur currently owns, as of the date hereof, 5,241,310 Common Shares, which represents about 14.9% of the issued and outstanding Common Shares of Metalla (on a non-diluted basis). After the closing of the Secondary Offering and prior to the exercise of the Over-Allotment Option, Coeur’s ownership of Metalla’s issued and outstanding Common Shares will be reduced from 14.9% to 6.7% (on a non-diluted basis) after the adjustment related to the Wharf royalty transaction announced on June 22, 2020 by Metalla. CDE has also agreed, subject to certain limited exceptions, not to sell any Common Shares or other securities of Metalla for a period of 120 days from the closing of the Secondary Offering.

On the other hand, for the first quarter of 2020, the company had reported the net loss of $11.9 million, or 5 cents per share, on revenue of $173.2 million, and the company expects the to begin its work in the third quarter on expansion of the Rochester Mine in Nevada. The company is nearing completion of internal studies to support the expansion with the assistance of SNC-Lavalin, which has been selected to provide engineering, procurement services and overall project management services.