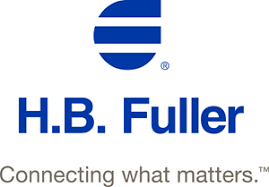 FUL in the first quarter of FY 20 has reported the adjusted earnings per share of 34 cents, beating the analysts’ estimates for the adjusted earnings per share of 33 cents, according to analysts polled by FactSet. The company had reported the adjusted revenue growth of 35.9 percent to $646.6 million in the first quarter of FY 20, missing the analysts’ estimates for revenue of $649.7 million. Organic revenue, had fallen 1.3% versus last year. Organic revenue growth in Construction Adhesives (CA) was partially offset a decline in Engineering Adhesives (EA) and flat revenues in Hygiene, Health and Consumables Adhesives (HHC.) The decline in organic revenue was due to an impact on sales resulting from the COVID-19 pandemic. The company projects the shutdown in China after the outbreak impacted sales in region by approximately $15 million in the quarter, including an estimated $12 million in Engineering Adhesives and an estimated $3 million in HHC. The company’s adjusted gross profit margin of 26.5%, had fallen by 50 basis points versus last year.