IMPINJ Inc (NASDAQ: PI) stock surged 27.45% on 11th Jan, 2021 and continued its bullish momentum rising over 3.8% on 12th Jan, 2021 (as of 11:10 am GMT-5 ; Source: Google finance) after the company announced that it projects the preliminary fourth quarter 2020 revenue to exceed $36.0 million, which is above its prior guidance of $26.5 – 28.5 million. The preliminary figure also had beaten the consensus estimate of $27.76 million in revenue. The company also announced that Chris Diorio, Impinj co-founder and CEO, and Cary Baker, Impinj CFO, will participate in a fireside chat at the Needham Virtual Growth Conference.

Meanwhile, the company had given the guidance earlier, and expected adjusted net loss to be in the range of $7.8 million to $9.3 million, or $0.34 to $0.40 per share. For the fourth-quarter, the unit volumes for the company’s Impinj M700 product were expected to increase sequentially after shipping 100 million units in Q3. The research and development expenses are expected to rise as well due to greater hiring activity. The company expects adjusted EBITDA to be between a loss of $8.9 million and $7.4 million. 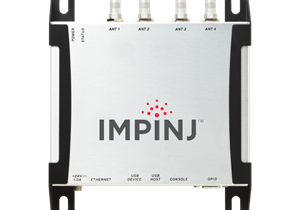