Nutrien Ltd (NYSE: NTR), the world’s largest potash producer by capacity, stock rose over 1.1% on 5th November, 2019 (Source: Google finance) after the company reported net income attributable to shareholders of $141 million in the third quarter, as compared to a loss of $1.04 billion, a year earlier when it took a charge related to its New Brunswick potash plant. NTR in the third quarter of FY 19 has reported the adjusted earnings per share of 24 cents, while adjusted revenue growth of 3.6 percent to $4.13 billion in the third quarter of FY 19, beating the analysts’ estimates for revenue of $2.47 billion. 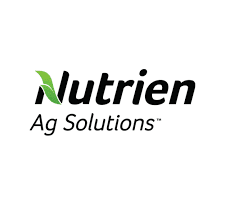 NTR for the fourth quarter expects the demand for potash to be weak due to customers continue to draw down inventory. Therefor the company has lowered the 2019 forecast of global potash deliveries to be in the range of 64 to 65 million tonnes from previous forecast of 65-67 million tonnes.

Additionally, the company paid $244 million as dividends to shareholders for the quarter and the company has increased the expected quarterly dividend from $0.43 per share to $0.45 per share starting for the dividends declared in the third quarter of 2019. The company during the quarter has also repurchased  36,066,766 common shares for cancellation at a cost of $1,878 million and at an average price per share of $52.07.

Meanwhile, the company has acquired Ruralco, the remainder of the Agrichem acquisition in Brazil and has acquired 54 other Retail locations globally, which included Actagro, Van Horn, Inc. and Security Seed and Chemical, Inc. in the US.