Virgin Galactic Holdings Inc Class A (NYSE: SPCE) stock surged 23.09% on April 14th, 2020 (Source: Google finance) and continued its momentum on April 15th, 2020 (as of 1:53 pm GMT-4; Source: Google finance). Virgin Orbit had won a government contract worth a total $35 million. SPCE has been a favorite among speculative traders, especially in the final few months of the bull market earlier this year. Space tourism venture company Virgin Galactic do not have any ownership or stake in Virgin Orbit, which is a company that is developing rockets to launch small satellites 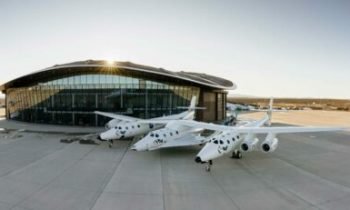 However, while Virgin Galactic is publicly-traded, Virgin Orbit got spun-off in 2017 and is privately held by Sir Richard Branson’s multinational conglomerate Virgin Group. Virgin Galactic will not see a significant benefit from Virgin Orbit’s Space Force contract as it is a separate company. The only important updates that SPCE had made in the past two weeks have been related to its coronavirus relief efforts, such as the COVID-19 task force it helped put together in California to produce things like medical oxygen hoods.

Virgin Galactic’s net losses had risen to $73 million in the fourth quarter from $46 million in the year-ago period, as the company reported in its first financial results as a publicly traded company in February. The company’s cash and cash equivalents stood at $480 million at the end of December, 2019. The company had delivered the revenue of $529,000 for the fourth quarter ended December 31, 2019.

The company, which aims to offer the first commercial space flight later this year with Branson on board, added that a vast majority of its workforce is working from home. The company had commenced construction of the third floor at Spaceport America, which will be used for astronaut training and flight preparation activities in the fourth quarter. The company during the period had achieved critical design, and build milestones on the second spaceship. The company has already achieved 50% completion of the third spaceship’s structure and systems fabrication.

Meanwhile, Branson is looking to get 500 million pounds ($619.36 million) from the British government to bail out his Virgin Atlantic airline during the virus outbreak.