Worthington Industries, Inc. (NYSE: WOR) stock rose 8.67% on December 17th, 2019 (Source: Google finance) after the company posted better than expected results for the second quarter of FY 20 as consumer products and the oil and gas business helped the earnings to rise. The net income increased 53% due to in part to a one-time-gain of $23.1 million, from the sale of the international operations of its WAVE joint venture in the quarter.

Moreover, during the second quarter, the company had acquired the operating assets of Heidtman’s pickling and slitting facility in Cleveland on Oct. 7 for $29.6 million. The company during the period had  sold its engineered cabs business, including facilities in Tennessee and South Dakota Nov. 1 to Angeles Equity Partners LLC which then acquired another manufacturer to form a new business with Worthington receiving a 20% stake in that new company in return. 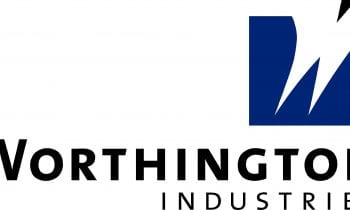 WOR in the second quarter of FY 20 has reported the adjusted earnings per share of 69 cents, beating the analysts’ estimates for the adjusted earnings per share of 58 cents, according to the Zacks Consensus Estimate. The company had reported 14 percent decline in the adjusted revenue to $827.64 million in the second quarter of FY 20, beating the analysts’ estimates for revenue by 5.23%. The sales decline was due to the lower average direct selling prices of steel and lower direct volume in steel processing. Inventory holding losses in steel processing for the second quarter were $6.5 million, or 9 cents a share. Volumes in the pressure cylinders segment, however, were up due to the consumer products business and the oil and gas segment. Total ship tons had increased 6% from last year’s second quarter. Total shipments rose by 21% with 50,000 tons of the increase attributable to the September acquisition of Heidtman Steel pickling facility in Cleveland. The gross profit in the second quarter was flat compared to Q2 of last year at $121 million and gross margin expanded from 12.6% to 14.6%.