Apple Inc. (NASDAQ: AAPL) stock rose over 17.2% in the last one month (as of May 11th, 2020; Source: Yahoo Finance) driven by the second quarter of FY 20 earnings. The firm saw higher sales as China reopens after coronavirus, boosting the overall sentiment on the firm. AAPL in the second quarter of FY 20 has reported the adjusted earnings per share of $2.55, beating the analysts’ estimates for the adjusted earnings per share of $2.24, according to the FactSet consensus. The company had reported the adjusted revenue of $58.31 billion in the second quarter of FY 20, beating the analysts’ estimates for revenue of $54.78 billion. The revenue from wearables, accessories and other products rose to $6.28 billion from $5.13 billion but is below the $7.05 billion analysts had been projecting. The company anticipates worsening of year-over-year performance in the segment as well, though he expects year-over-year trends could improve for the iPad and Mac as those categories continue to benefit from remote work and schooling.

Moreover, the revenue from iPads declined to $4.37 billion from $4.87 billion, while analysts were projecting $4.28 billion. The company has reported $5.35 billion in sales from the Mac category, which is down from $5.51 billion a year prior and above the FactSet consensus of $5.26 billion. The services story showed mixed performance despite fast growth for the category, which generated $13.35 billion in revenue, up from $11.45 billion a year earlier. The analysts were projecting $12.85 billion in revenue for the segment. The company expects that services like Apple Music, the App Store, video, and cloud services will continue their strong performance through the June quarter, while Apple Care and advertising could post weak performance.

Additionally, AAPL announced that it would also increase its quarterly dividend by 6% to 82 cents a share. Apple will also continue to buy back its stock amid the pandemic and has authorized an increase of $50 billion in the company’s share repurchase program. 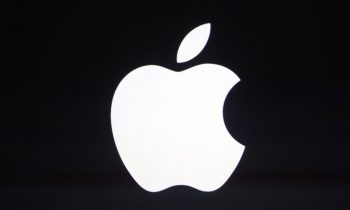 The company posted fiscal second-quarter net income of $11.25 billion, down slightly from $11.56 billion, a year prior. March-quarter iPhone sales fell to $28.96 billion from $31.05 billion a year prior as the COVID-19 outbreak forced the closure of stores outside China starting March 13, while the FactSet consensus was of $28.39 billion. Meanwhile, the company has withdrawn the guidance for its second-quarter in February as the Covid-19 coronavirus spread in China. Apple’s cash now stood at $192.8 billion, down from $207.1 billion at the end of the previous quarter.