Box Inc (NYSE: BOX) stock rose over 2.3% on 28th May, 2020 (as of  11:26 am GMT-4; Source: Google finance) after the company posted better than expected results for the first quarter of FY 21 boosted by enterprise customers looking for secure remote work services to keep their operations up and running during the COVID-19 pandemic. Box has reported a narrowing loss to $25.6 million compared to a loss of $36.8 million, in the year-ago quarter. The company has reported first-quarter billings of $128.1 million, which represents an increase of 8% from a year ago. Deferred revenue came to $368.3 million, which is up 11%. The company also reported free cash flow in the first quarter of $39.8 million. The company has ended Q1 with RPO at $722.7 million, up 13% year-over-year. The company expects to recognize approximately 65% of this RPO over the next 12 months. The company has ended the quarter with $268.4 million in cash, cash equivalents and restricted cash 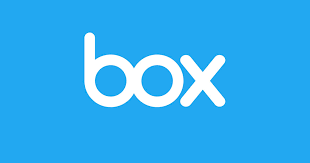 Moreover, the company has delivered wins and expansions with thousands of customers in Q1, including the City of Berkeley, FLIR, NASA, National Bank of Canada, Toyota Financial Corporation, USDA and many more. The company has closed 40 deals greater than over $100,000 compared to $33,000 a year ago, and nearly 80% of the $100,000 plus deals included at least one add-on product.

Box expects fiscal-year revenue to be in the range of $760 million and $768 million while FactSet analysts are projecting $761 million. For FY ’21, the company now expects the non-GAAP operating margin to be 11% to 12% of revenue, which reflects an improvement from the 9% to 10% range.