You never imagine what kind of business that will be able to make you a tycoon. Many tycoons emerge from small businesses like fast food. In other words, as long as you can manage the business in a professional way, you have huge opportunities for building business kingdoms. You can see that few of those entrepreneurs listed in Forbes were born wealthy. They had been thorough difficult times, but they could learn from them.

The Forbes World’s Billionaires list has shown that many of successful companies had family names. In other words, they were run first as small businesses, which then developed into a business kingdom. If you want to know the keys for building business kingdoms, the following are some stories to learn:

The company was founded as a family business run by Marian Ilitch. The company, which had a net worth of $6 billion, sold Little Caesars Pizza. Marian Ilitch founded the company with her husband Michael Ilitch in May 1959 in Garden City, Michigan by investing their life savings of $10.000. 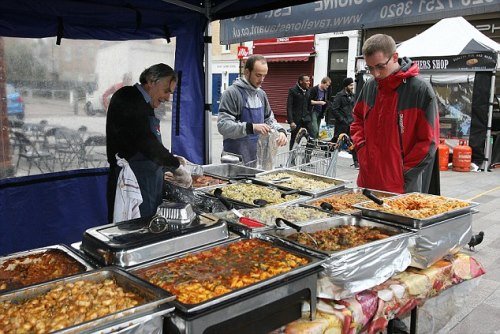 Perhaps, nobody would expect that the family-owned company now has the largest pizza chains in America. The company reported revenues of more than $4.2 billion last year. Its restaurants are also found in more than twenty countries, including Saudi Arabia, Turkey, Bahrain, and Canada.

The company was run by Bubba Cathy and Dan Cathy. Actually the two brothers inherited the fried chicken company from their father – Truett Cathy, who passed away in 2014. The company reported a net worth of $3.8 billion. The first restaurant was opened in Atlanta mall in 1967 with factory and airport workers as the main customers.

The company has a different decision for its off days. When most food and beverage companies are open on weekend, particularly Sunday, to target those who enjoy holidays, the company chooses to close its restaurants on Sunday. Now, when the company has more than 2000 stores, it still has the same regulation.

The company, which has a net worth of $3.4 billion, was built by Tony Tan Caktiong in 1978. Jollibee was a family-owned Asian restaurant chain, which serves Asian, European, and American dishes. The first restaurant that served ice cream was opened in Quezon City in the Philippines.

From Quezon City, the company has kept developing and now it has more than 2.900 stores worldwide. The company has shown a steady growth. In 2016, it bought 40% of Smashburger’s stakes with an investment value of $100 million. It also opened new stores in Illinois at the same year.

The company was built by two immigrants from China and Burma – Andrew and Peggy Cherng. Both were students at Baker University in Kansas. Panda Express was built as the first Chinese food joint with the first restaurant located in a mall situated at the suburban area of LA. The concept was serving affordable foods for airport travelers and mall shoppers. In 2016, the company had more than 1.900 stores with revenues of 2.8 billion.

Actually, many other entrepreneurs have similar stores. Many people are successful from small food and beverage companies. With commitment and hard work, your name can be one in the list.