CADJPY has been moving inside a range, finding support around 101.60 and resistance near the 107.00 major psychological mark. Price is in the middle of its range and might be ready to test the top again.

However, the 100 SMA appears to be crossing below the 200 SMA to signal that the path of least resistance is to the downside. The moving averages might also be holding as dynamic resistance near the 105.00 major psychological level.

Stochastic is already on the move down to confirm that sellers are in control, likely sending CADJPY back down to the range support from here. The oscillator has plenty of room to slide before reaching the oversold area, so sellers could have the upper hand for a while.

RSI, on the other hand, appears to be on the move up to reflect the presence of bullish pressure. However, the oscillator seems to be changing its direction halfway through on its climb. 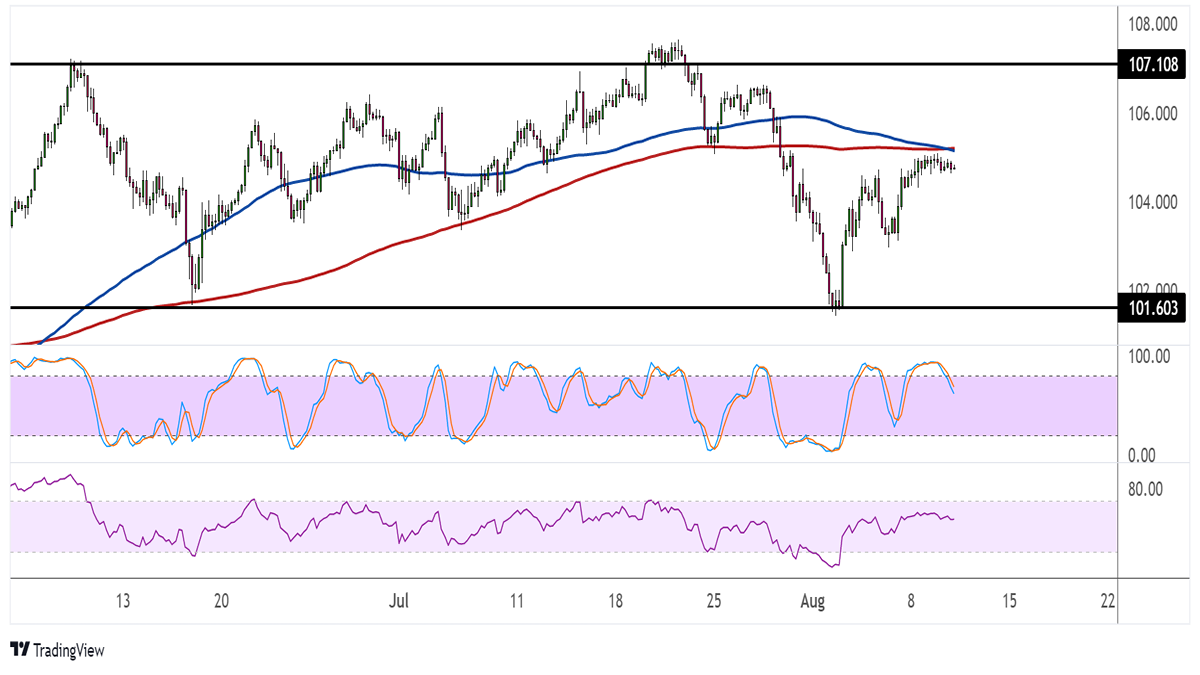 There are no major reports due from Canada today, but it’s worth noting that the latest jobs report turned out much weaker than expected. This could dampen rate hike bets for the BOC in their next meeting, as employment might be slowing down due to weaker business activity.

Japan’s economic calendar is also clear for today and the rest of the week, leaving the yen sensitive to market sentiment. A pickup in risk-off flows could mean more upside for the safe-haven currency while a return in risk-taking could lead to losses for the yen.

Crude oil prices in relation to the inventory data from the EIA due later today could also impact the commodity-related Loonie. A small build is expected, following the earlier surprise jump of 4.5 million barrels. However, a draw could mean more upside for oil and the correlated Canadian dollar.