CADJPY is testing the top of its short-term range around the 78.00 major psychological mark, and resistance appears to be holding. In that case, the pair could tumble to the bottom of the range next.

This support level is located at the 74.00 major psychological mark, but the pair could still find near-term support at higher areas of interest like the middle of the range. The 100 SMA is above the longer-term 200 SMA to indicate that the path of least resistance is to the upside or that support is more likely to hold than to break.

Price has already broken below the 100 SMA dynamic inflection point, though, so selling pressure is building up. A test of the 200 SMA dynamic support is next.

RSI is heading south but appears to have bottomed out without reaching the oversold region, indicating that buyers are eager to return. Stochastic is still on the move down, so price could keep following suit. 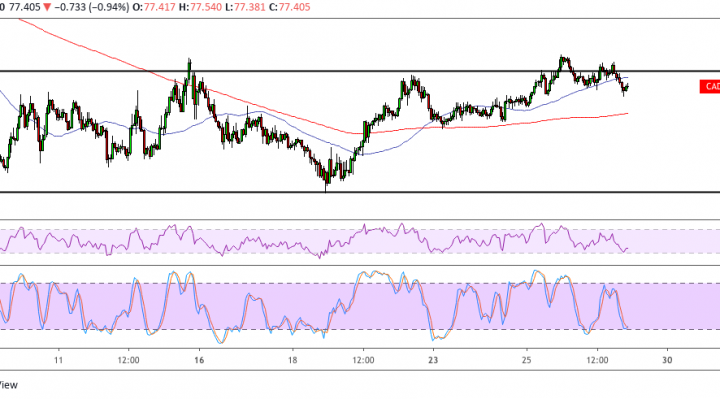 The oil-related Loonie could stay on weak footing as crude oil is projected to see a free fall in demand on account of the COVID-19 outbreak. A number of countries are already imposing lock downs, which means more trade and travel restrictions that could weigh on energy purchases.

At the same time, a likely return in risk aversion could weigh on the higher-yielding Canadian dollar while favoring the safe-haven yen. The Japanese currency also appears to be overtaking the US dollar in the flight to safety as traders are losing anticipation for the US stimulus package.

There are no major reports from both Canada and Japan, as market participants continue to focus on updates related to the virus contagion. Worsening cases in Canada could also keep the Loonie’s gains in check, although fears of intervention by the BOJ could discourage the yen from rallying.