CalAmp Corp. (NASDAQ:CAMP),  a connected intelligence company that helps organizations monitor, track and protect their vital assets, stock plunges 18.62% (As on September 23, 11:40:09 AM UTC-4, Source: Google Finance) though the company posted better than expected results for the second quarter of FY 23. Software and Subscription Services (S&SS) revenue was a record $44.5 million, or 61% of total revenue, compared to $39.6 million in the prior quarter. Telematics Products revenue increased 13% sequentially to $28.3 million due to an increase in device shipments. Within the telematics products reporting segment, OEM products revenue totaled $13.7 million in the second quarter compared to $10.5 million in the prior quarter, and $15.9 million in the same quarter a year ago. Gross margin in the quarter increased to 39.8%, compared to 39.6% last quarter. Total S&SS subscribers were 1.3 million at quarter end, a 9% sequential increase and a 32% increase year-over-year. The company ended the quarter with $47.7 million in cash and cash equivalents, down from $59.0 million in the prior quarter. At August 31, there were no borrowings outstanding under this facility and the total borrowing capacity based on eligible accounts receivable and inventory was $34 million. 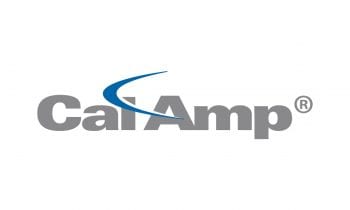 CAMP in the second quarter of FY 23 has reported the adjusted loss per share of 2 cents, beating the analysts’ estimates for the adjusted loss per share of 3 cents. The company had reported the adjusted revenue growth of 13 percent to $72.8 billion in the second quarter of FY 23, beating the analysts’ estimates for revenue of $69.27 billion. This revenue growth resulted from improvements in the supply chain that allowed us to accelerate customer conversions to recurring software contracts and also to fulfill more orders for the telematics product customers than the prior quarter.  In terms of performance metrics for the software and subscription services business, remaining performance obligations in the second quarter was approximately $210 million, a decline of 2% compared to $215 million in the prior quarter, but up 54% from $136 million in the same quarter a year ago.

Moreover, the company gained strong traction in the EMEA region from recent conversions, along with new logos, including BMW’s Mini and [Wabi Santander]. Additionally, along with North America SaaS conversions, the company also added new subscribers from existing software customers such as the City of Dallas, which signed a contract extension with us during the quarter. The company remains on track to complete most of the eligible customer conversions to subscription contracts by the end of the current fiscal year