The Canadian dollar is sliding against several major currency rivals on Tuesday, driven primarily by cratering crude oil prices. Higher producer prices, as well as a resurgence in new coronavirus infections, also weighed on the loonie. After stabilizing in the aftermath of the market meltdown, the loonie has struggled in September, losing about 2.6% against the greenback.

According to Statistics Canada, the industrial producer price index (PPI) rose 0.3% in August, the fourth consecutive monthly gain. The jump was led by metals (6.3%), chemicals (1%), lumber (2.3%), and petrochemicals (6.1%). Year-over-year, the PPI is down 2.3%, mainly because of lower energy prices.

In August, raw material prices rose 3.2%, but they are still down at an annualized rate of 7.6%.

All eyes will be on the gross domestic product (GDP) in July. Economists forecast that the GDP advanced 3%, which would be a steep drop from the 6.5% expansion in June. 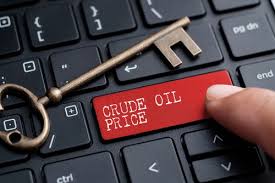 Canada maintains a current account deficit, so its exports are crucial to the growth of the national economy. Since oil and gas remain the country’s top exports, any significant change in price – high or low – can affect the Canadian economy and the loonie.