The Canadian dollar is weakening against its G10 currency rivals at the end of the trading week, driving by a steep collapse in the gross domestic product (GDP) in March. The loonie’s decline was capped by rallying crude oil prices that will officially enjoy their best month on record. Will the loonie continue to lag behind the rest of the G10 currencies?

According to Statistics Canada, the economy fell 2.1% in the first quarter, down from a 0.1% rise in the fourth quarter of 2020. The biggest development, however, was the 7.2% contraction in March, which fell short of the median estimate of -9%. Canada’s contraction was led by an 8.1% drop in services-producing industries, and a 4.6% slide in the goods-producing industry. The manufacturing sector fell to its lowest level since the second half of 2016.

The producer price index (PPI) slipped 2.3% in April, down from the 0.9% slump in March. The annualized PPI rate came in at -6%. This is the fourth monthly decrease and the biggest slide since December 2008 that was largely driven by lower prices for refined petroleum prices, chemicals, and chemical products.

Earlier this week, it was reported that building permits for April plummeted 17.1%, and the 12-month average weekly earnings rate in March advanced 3.7%. 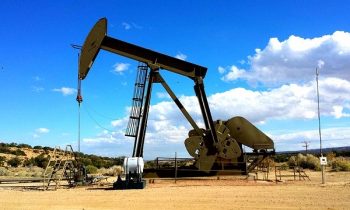 But the Canadian dollar’s weakening performance on Friday was capped by higher energy prices.

Crude remains Canada’s top export, so any significant change in prices – high or low – can affect the national economy.

Canadian government bond yields were lower across the board. The benchmark 10-year note dipped 2.9 basis points to 0.531%.