Chevron Corporation (NYSE:CVX) stock fell 3.67% (As on Nov 26, 10:47:01 AM UTC-4, Source: Google Finance) after RBC Capital upgraded the previous rating of Sector Perform to Outperform and raised its share-price target to $145 from $130. For the third quarter, Chevron had an EPS of $2.96, compared to year-ago quarter EPS of $0.11. According to RBC analyst Biraj Borkhataria, Chevron is in a position to benefit from a strong commodity cycle over the coming years, given its business plans suggest much more stability in its portfolio than peers. The macro backdrop remains highly supportive as per the analyst and this certainty warrants a premium valuation. According to the analyst, We are likely in the early days of a strong cycle for oil, supported by reduced investment levels, declining inventories, an orderly OPEC+ return of barrels and an economic rebound leaving demand above pre-Covid-19 levels in 2022. “While Chevron has been seen as a safe haven investment in energy, largely due to its strong balance sheet and flexibility on investments, it actually has one of the highest exposures to oil among the integrated companies.” That “should leave it with an improving free cash flow profile going forward.” As per him, Chevron’s low-teens free cash flow yield relative to its market cap in 2022 estimates screens well above its historical average, but is below a number of global peers. “That said, on a free-cash-flow/enterprise value basis, particularly when accounting for instruments such as hybrids for peers, Chevron’s yield screens competitively versus peers. “In addition, incremental cash flow from operations provides greater potential upside than most peers given its high liquids/liquid natural gas weighting and lower overall tax rate.” 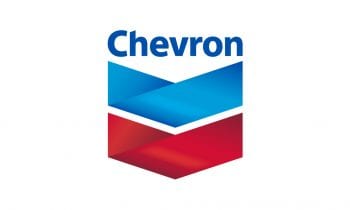