On Saturday, China’s top embassy in Hong Kong said that the sanctions imposed by the united states on top Chinese and Hong Kong leaders were merely ‘clowning actions’ that shouldn’t intimidate or frighten Chinese people. 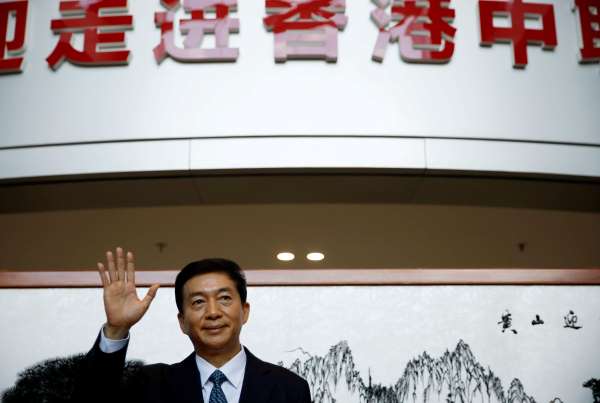 On Friday, the USA imposed sanctions on Carrie Lam, the Hong Kong leader, and the head of China’s Liaison Office, Luo Huining, and other former officials that the United States accuses of interfering with political rights in the global trading center.

This recent move further ratcheted the already rising tensions between China and the united states over a month after Beijing had imposed a new sweeping national security law on Hong Kong that has been highly condemned by rights groups and the western governments.

In a new statement that has been released by Chinas top office in Hong Kong, the United States intends to support uprise against china. The office further added that their clowning actions were very ridiculous.

The officials further stated that the threats and intimidation couldn’t in any way frighten them.

Luo, who is the top executive in the Chinese liaison office in Beijing, stated that Washington’s sanctions against him showed that he was doing exactly what was expected of him by Hong Kong and China.

Besides Lam and Luo, the new sanctions target Chris Tang, who is Hong Kong’s police commissioner and the former police boss Stephen Lo and the Secretary of security in Hong long, John Lee.

The new sanctions typically freeze any U.S assets of the officials and also bars Americans from transacting with them.

The Treasury Department stated that Beijing’s imposition of these draconian national security laws has largely underscored the autonomy of Hong Kong and set more groundwork for censorship of any outlets or individuals that are deemed unfriendly to China.

China directly imposed the security law in Hong Kong on 30th June, seriously circumventing the city’s parliament and Hong Kong’s officials were still not aware of these details until this law was fully implemented.

On Saturday, Hong Kong’s police chief told the media that maintaining the country’s security and that of the city was his priority and foreign sanctions don’t mean anything to him.

This security legislation largely targets what china broadly describes as collusion, terrorism, subversion, and secession with foreign forces with even life in jail.

Some political analysts have stated that the national security legislation coming from china and largely bypassing Hong Kong’s lawmakers signifies the start of a very authoritarian rule in the city. Also, this has been further described as a march towards mainland control.

Many critics fear that the law will most probably crush the wide-ranging freedoms the city denied to the people in Beijing that are essential for the success of Hong Kong as a global financial center with Chinese Yuan Slips As PBoC Injects Liquidity Into Banking System.

Supporters of the law state that it would bring more stability after a year that has been synonymous with violent anti-government demonstrations that drove Hong Kong into its most devastating crisis in years.