The Chinese yuan is gaining on several of the most traded currency competitors on foreign exchange markets on Tuesday. The yuan is strengthening on the central bank’s new plan to aid small businesses and shield financial institutions from risk as part of efforts to stimulate the economy in its restart phase. But any strengthening had been capped on diminishing US-China relations over trade and Hong Kong.

It has been known even before the COVID-19 pandemic and even the trade dispute that credit markets would protect the world’s second-largest economy from slumping. In the aftermath of the virus outbreak, pumping liquidity into the system and preventing a credit crisis had been the basis of the People’s Bank of China (PBoC)’s monetary efforts.

On Tuesday, the central bank announced that it would temporarily purchase loans made to small businesses from local financial institutions. This is a new policy that attempts to expand lending capacities to the real economy.

According to the PBoC, officials will transfer $56 billion from a separate re-lending program to scoop up 40% of unsecured loans to small- and medium-sized firms with maturities of at least six months that have been made between March 1 and December 31, 2020. Commercial lenders will be required to repay the PBoC a year after the transaction, but the lenders will continue to receive interest payments from the borrower and face any losses if the loans go into default. Borrowers will be permitted to delay loan repayments until March 2021. 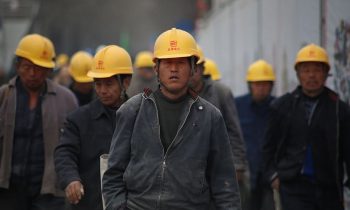 Some analysts fear that this will metastasize into a Made in China QE initiative that involves pumping cheap money into the economy. When you factor in regular interest rate cuts and bailing out all types of banks, it suggests that the economy is probably a lot worse than what official statistics are letting on.

This comes as Premier Li Keqiang recently announced a $559 billion rescue package for the nation’s factories and merchants. This is the largest economic rescue plan in the nation’s history in an attempt for the country to prevent further job losses. Li told the National People’s Congress (NPC):

“We have been saying that we won’t flood the market [with excessive liquidity]. It is still the policy. But extraordinary times call for extraordinary efforts. We are now providing water so that the fish can survive – fish will die without enough water, but there will be bubbles if we provide too much water.”