The Chinese yuan strengthened against its US counterpart to close out the trading week, driven by the growing likelihood of monetary easing in Beijing to support the struggling economy. With the country under intense COVID-related lockdowns, economic growth prospects have weakened considerably.

On Thursday, the one-year loan prime rate (LPR), the figure on which lenders base their mortgage rates, held steady at 3.7%. However, the five-year LPR was reduced from 4.6% to 4.45% in May.

Market analysts note that it is clear that Beijing is trying to resuscitate the real estate market and support the world’s second-largest economy. Investors also note that the LPR cut was in response to the government’s request to bolster policy adjustments and allow the economy to return to normal.

“Today’s reduction to the five-year Loan Prime Rate should help drive a revival in housing sales, which have gone from bad to worse recently,” Julian Evans-Pritchard at Capital Economics said in a note.

“But the lack of any reduction to the one-year LPR suggests that the PBOC is trying to keep easing targeted and that we shouldn’t expect large-scale stimulus of the kind that we saw in 2020.”

But why was the five-year LPR targeted but the one-year? This, Capital Economics says, suggests that the People’s Bank of China (PBoC) is worried about the possibility of capital outflows and the performance of the yuan. 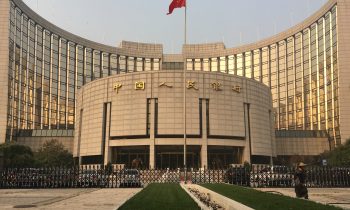 Indeed, financial experts believe that this could be the beginning of China easing monetary policy and potentially unleashing fiscal stimulus measures to fend of the pandemic-induced slowdown across the country.

This comes after the National Bureau of Statistics (NBS) reported that the National House Price Index eased to an annualized basis of 0.7% in April, down from the 1.5% growth in March.

It will be relatively quiet on the data front next week, with the next major numbers coming out on May 30: the NBS manufacturing, non-manufacturing, and general PMI readings.